As providers of anonymous, non-judgmental services, our hotline counselors have always been keenly aware of the pain and isolation of individuals coming to terms with being lesbian, gay, bisexual, transgender, or queer/questioning (LGBTQ). Since the early 1970s, we have fielded calls from young people who were kicked out of their homes, considering suicide, and feeling like they had nowhere to turn. For many years, Long Island Crisis Center was the only agency in the region to specifically reach out to LGBTQ youth, even putting funding in jeopardy at times due to the public’s lack of understanding of the cause.

In 1993, we created Pride for Youth in response to the severe gap in services for LGBTQ youth. What started as a single support group for six to eight youth each week has grown into a multi-service program that addresses the many needs of the LGBTQ community, serving over 800 youth and young adults each year. Pride for Youth’s mission is to enhance the health, wellness and cultural competency of LGBTQ individuals through education, youth development and supportive services. 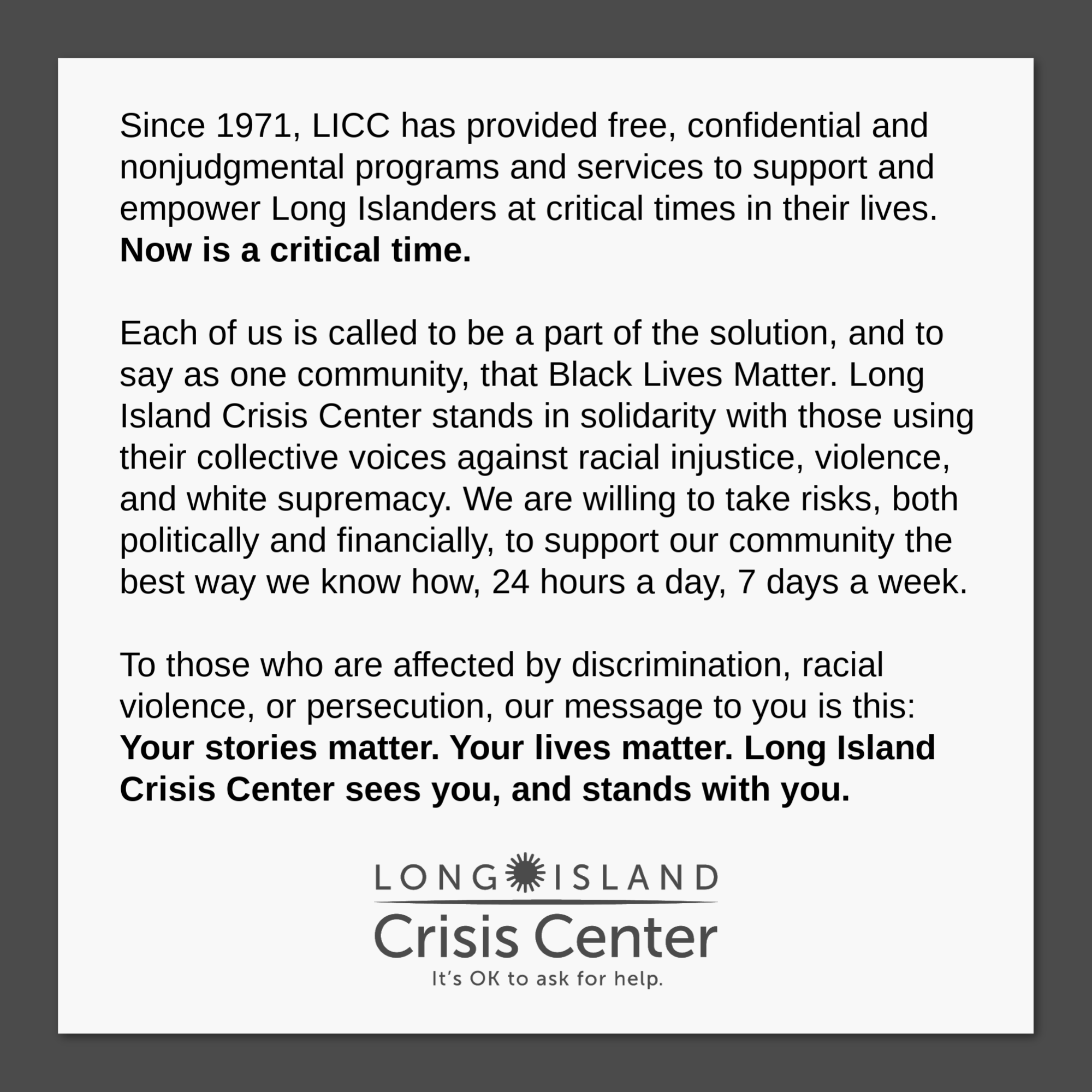